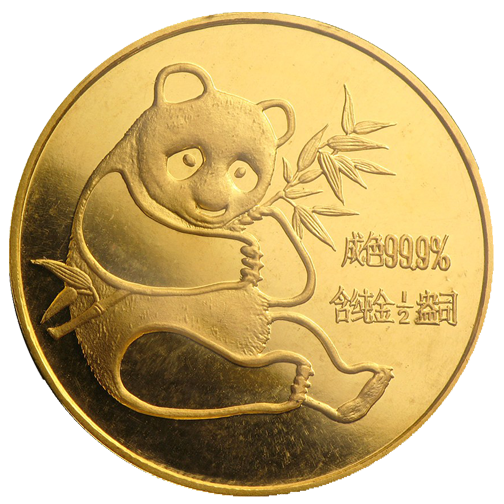 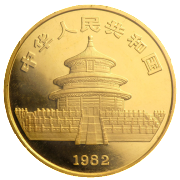 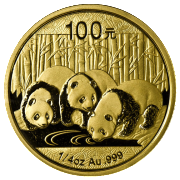 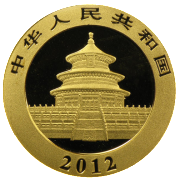 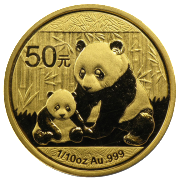 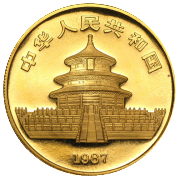 The Chinese Gold Panda bullion coins are among the most popular gold coins on the market. China first began issuing gold Pandas in 1982, striking the coins in .999 pure gold in varying sizes including 1 ounce, ½ ounce, ¼ ounce, and 1/10 ounce. In 1983, the 1/20 ounce coin was added to production. Several Chinese mints produce the Chinese Gold Pandas including Beijing, Shenzen, Shenyang and Shanghai. The Pandas are legal tender in China and are marked with face value denominations on the obverse. They are currently issued in face value denominations of 500, 200, 100, 50 and 20 Yuan. Howewver, from 1982 through 2000 they were issued in denominations of 100, 50, 25, and 10 Yuan with the 5 Yuan added in 1983. The reverse of the coin remains the same each year, depicting the Temple of Heaven in Beijing, the year of issue, and the theme if it is a commemorative issue. The obverse design changes each year but always portrays an image of the lovable panda bear.

Dates you receive will be randomly selected and are determined by stock on hand.

There are no reviews yet.